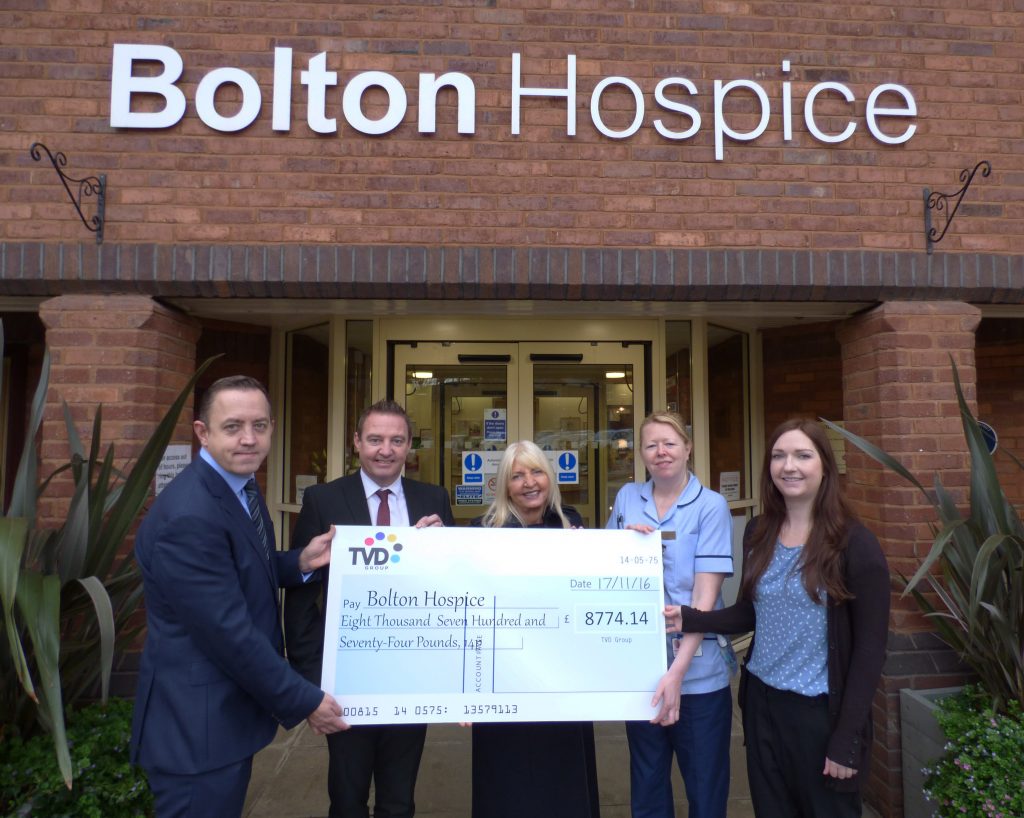 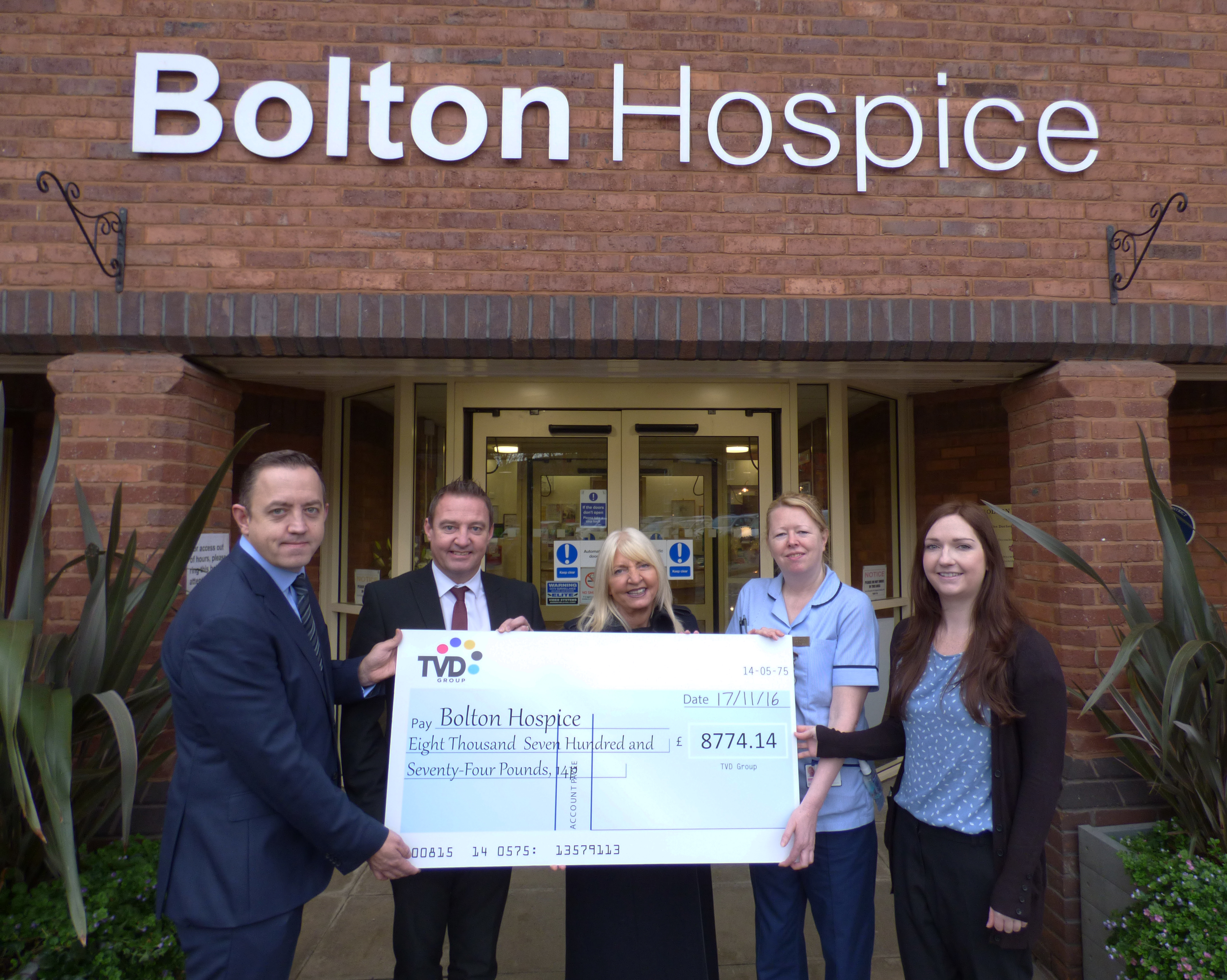 A WELL-KNOWN Bolton company has celebrated its 20th anniversary by handing over more than £22,000 to charities in the town.

The TVD group, which started life as TV and Video Direct by founder Jim Brown, raised the money at a charity golf day and anniversary dinner at the Worsley Marriott Hotel.

Many Boltonians will have bought their television from the company which had shops in Bolton, Bury and Leigh.

Today the company is known as TVD and over its 20 years has developed several arms including a commercial side where it works with betting shops, pubs, the holiday and leisure businesses providing TVs, digital screens, audio and lighting. It also has a home cinema business.

As part of its anniversary year, it has also launched its own TV brand — Mitchell and Brown.

Marketing manager Mike Oliver explained that the name comes from Mr Brown and also his mother’s maiden name of Mitchell. After the death of Mr Brown, the business is now run by his sons Matthew and Daniel and the new brand is close to their hearts and the range is a tribute to him. The last four numbers of the model 1811 being the late Mr Brown’s birthday.

Also close to the hearts of the brothers is the local community and the money from the anniversary event, which was attended by 150 guests including family, friends, clients and suppliers, has been split three ways — Bolton Hospice, Bolton Wanderers Community Trust and When you wish upon a star.

The Hospice money will be donated to the “Jim Brown Tribute Fund” that the company has set up at the hospice. 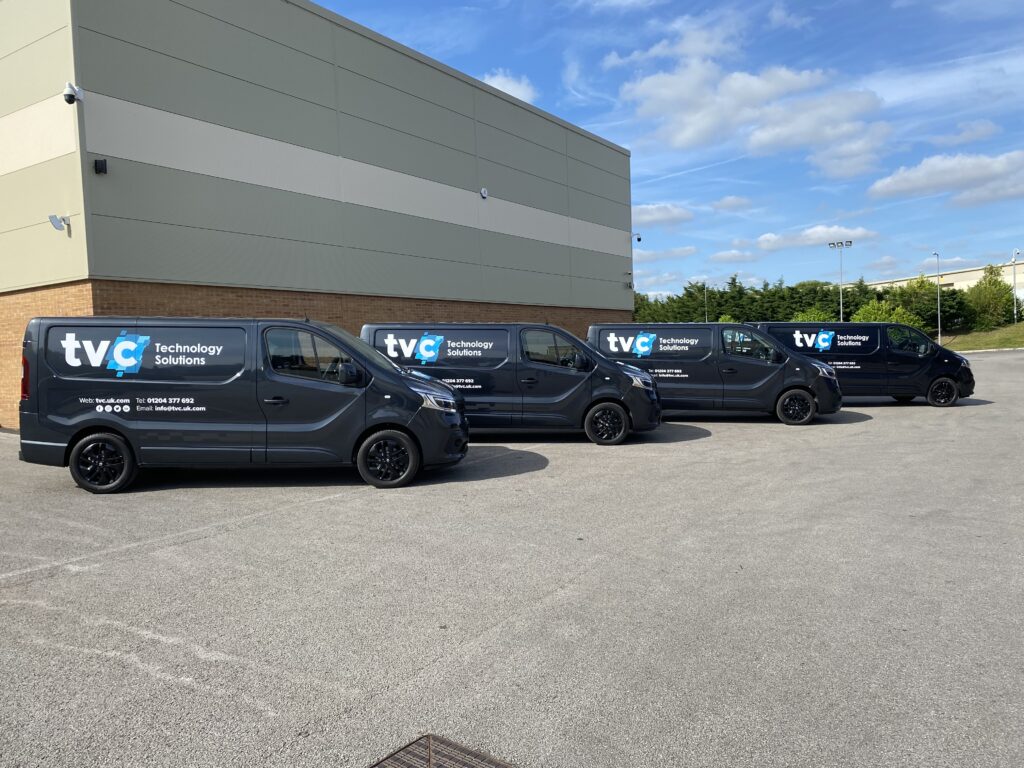 TVD Group has upgraded its fleet with new branded vans 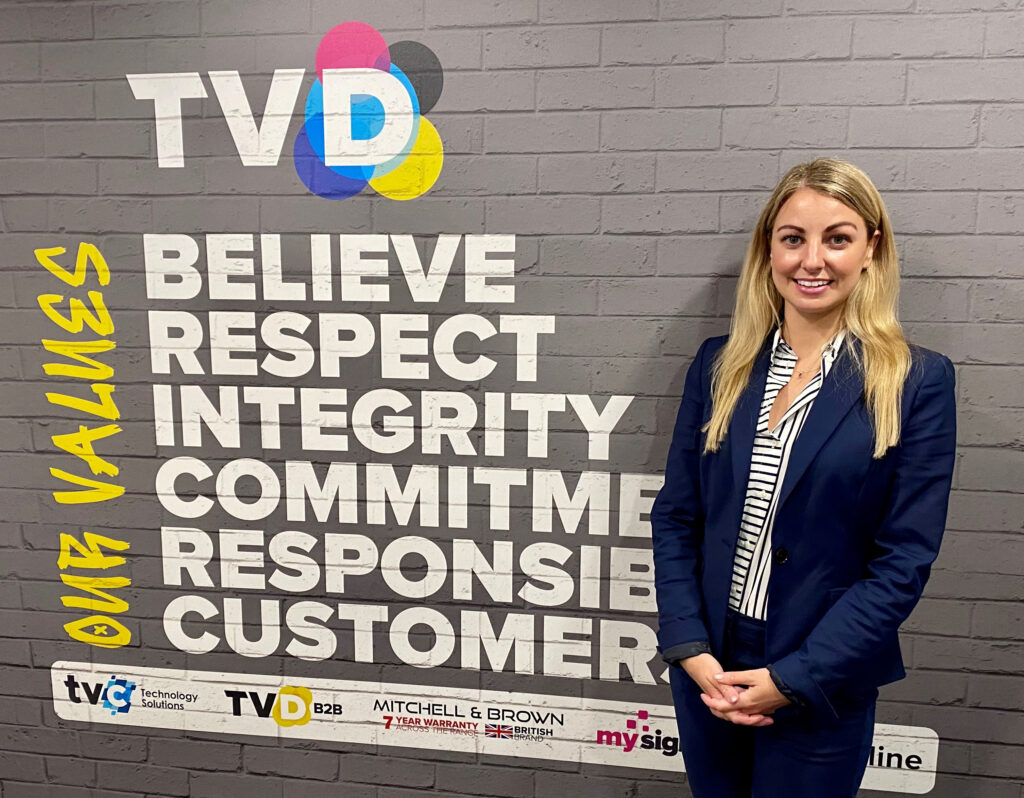 Exceptional customer service and exceeding our customers expectations since 1996